After the wet June /July trip to France we booked another trip just for a week in late Sept as we loved France and hoped to get a bit of late sun.

Left Stockport at 9.45 for a leisurely run down to Dover for a 6pm ferry. After a couple of meal stops on the way down we arrived Dover at 5pm giving us just enough time to book in and catch the ferry which was on time. It was a pleasant crossing and arrived at Calais at 8.15 pm. I intended to do this trip by stopping at just  aires in the Vicarious books All the Aires France .My route was to be via St Omer and then via Cambria, St Quentin and onto Reims. St Omer did not have a listed aire but decided to have a look and also get some fuel. Tried a 24hr fuel station and it would not take my card and it was only when i came away that i realised i had changed the pin when i left England so the fuelling was left until the next morning.Found a spot by the canal to park which was a little busy with cars coming and going and a few pub goers but after pub shutting it was very quiet. 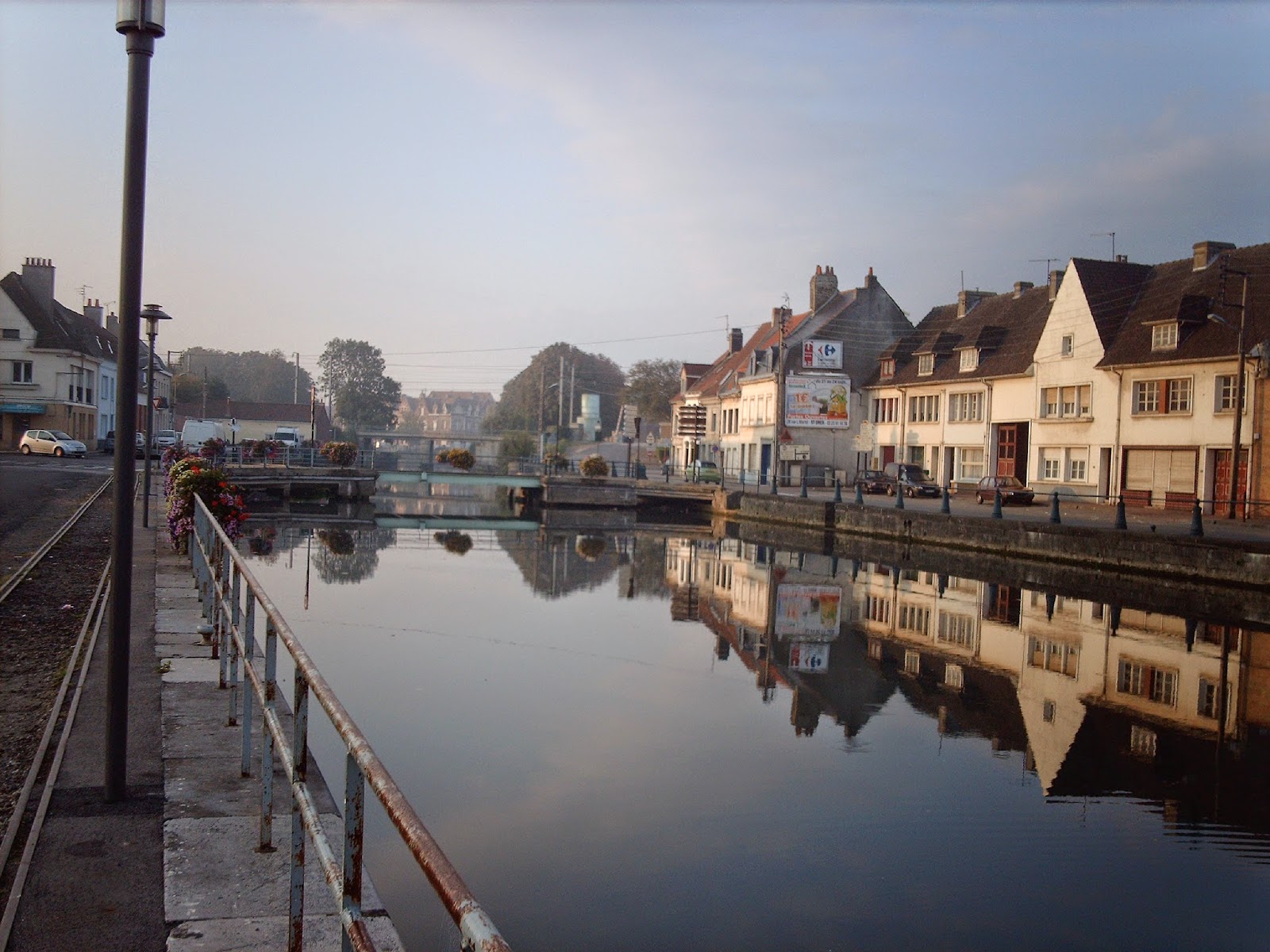 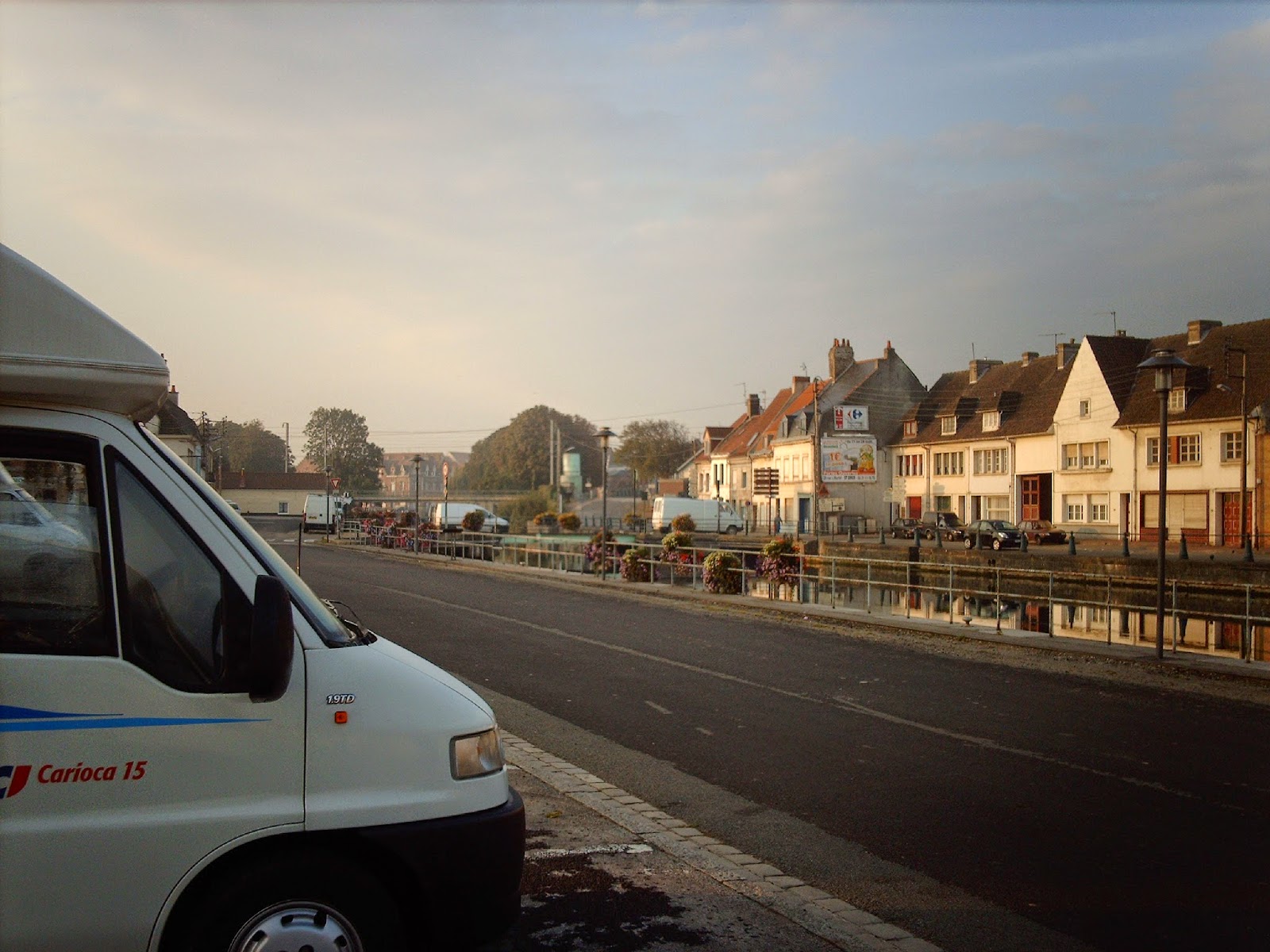 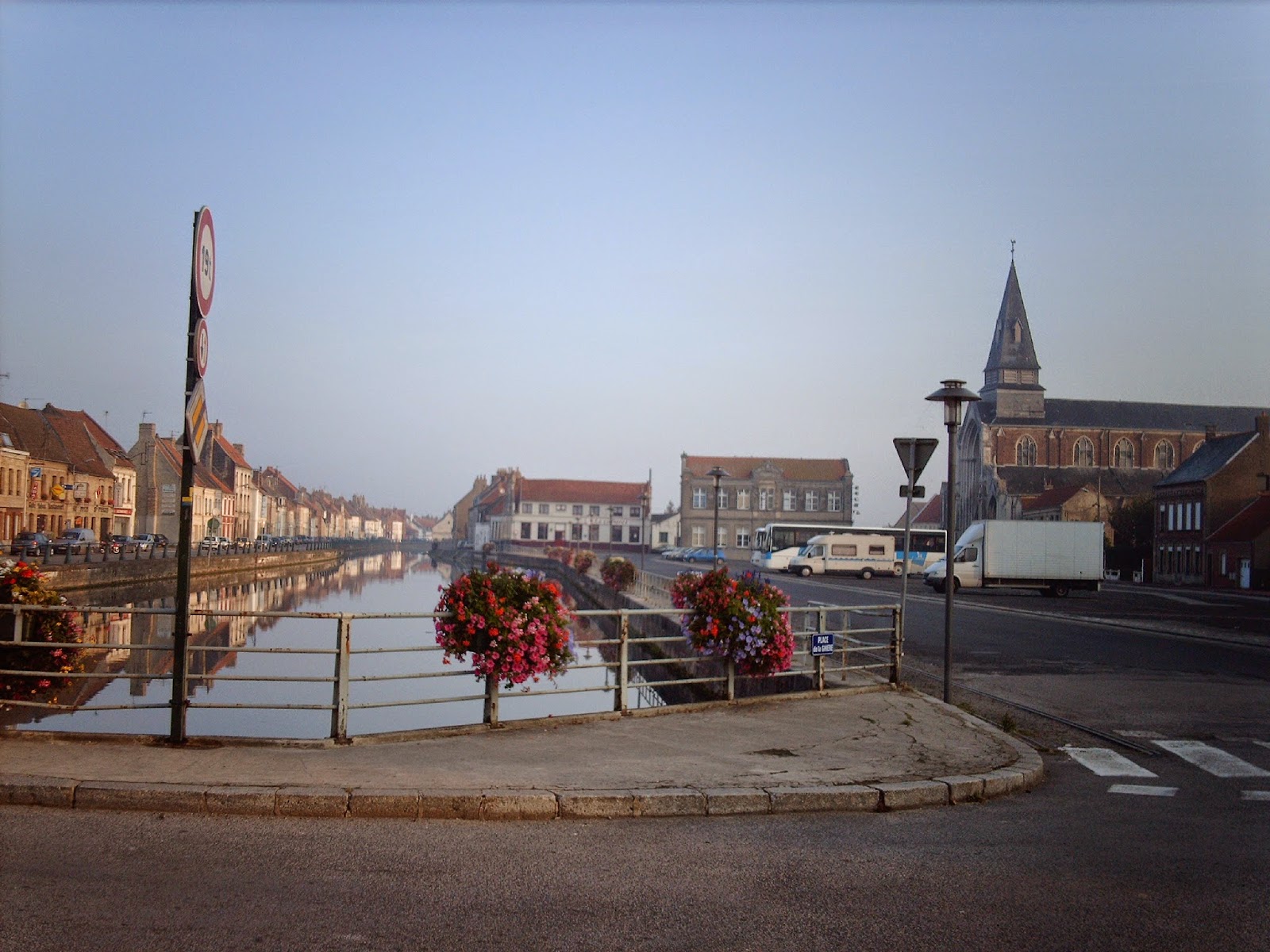 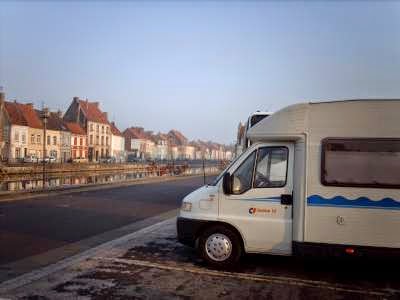 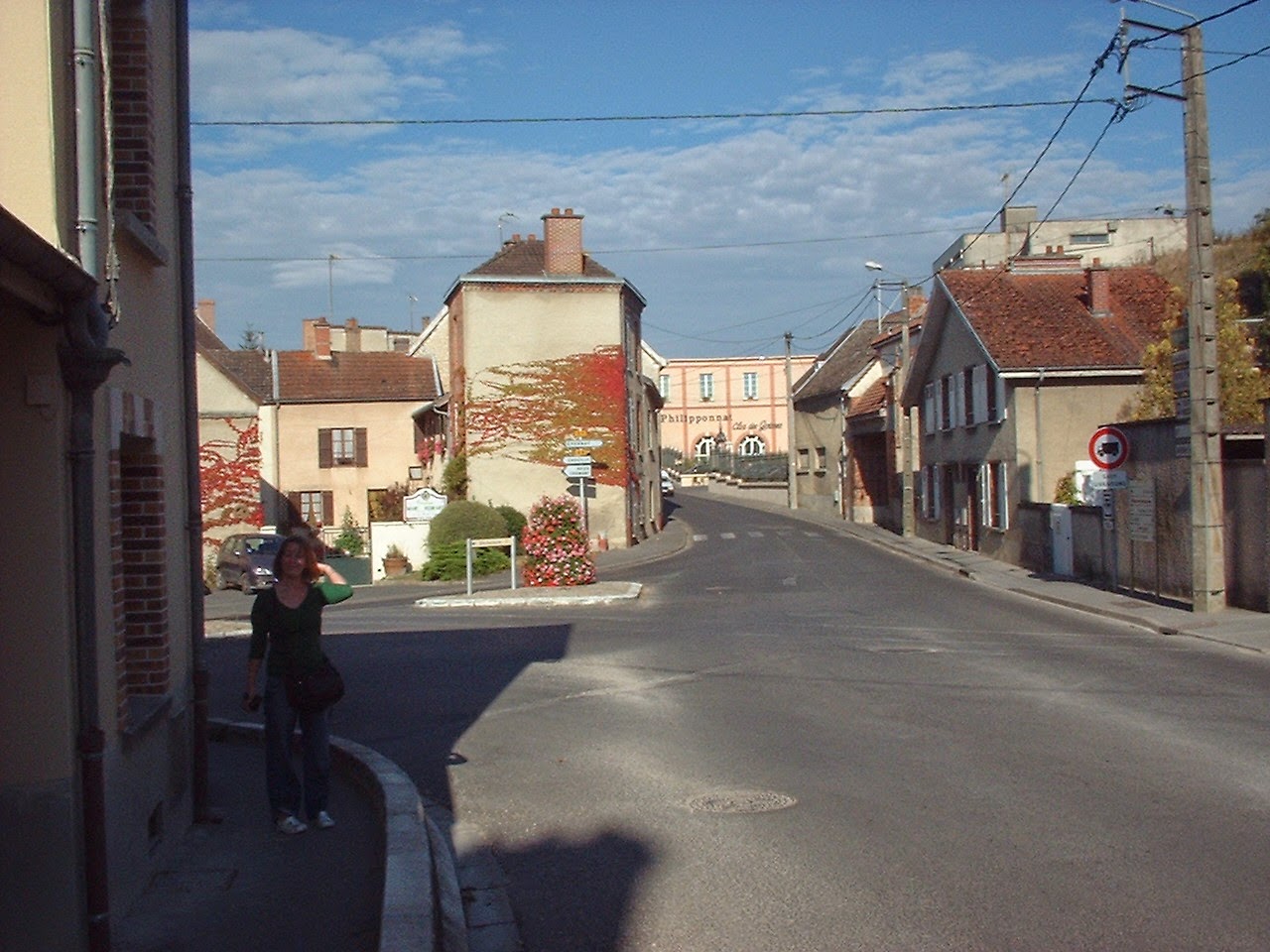 Didn't suss out the aire at Reims which was by a leisure centre which looked closed so headed off towards Eperney and an aire at Mareuel-sur-ay a free aire (in 2007) and services with a jeton from local shop
A small french village with the aire right on the canal with picnic tables and we also had the sun come out for us .It also has wine caves (which we spent a couple of hours looking for before we sussed out what wine caves were ). 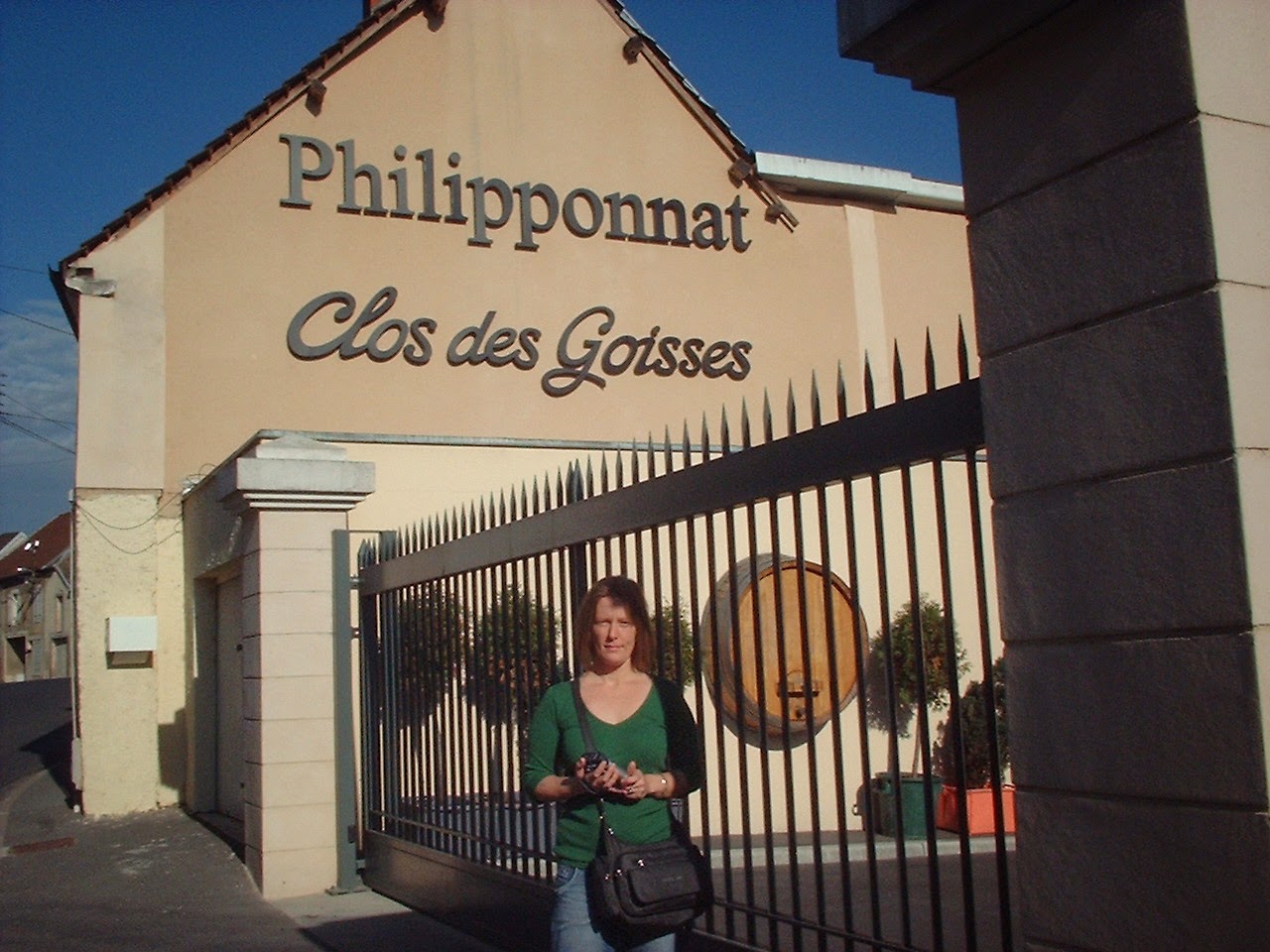 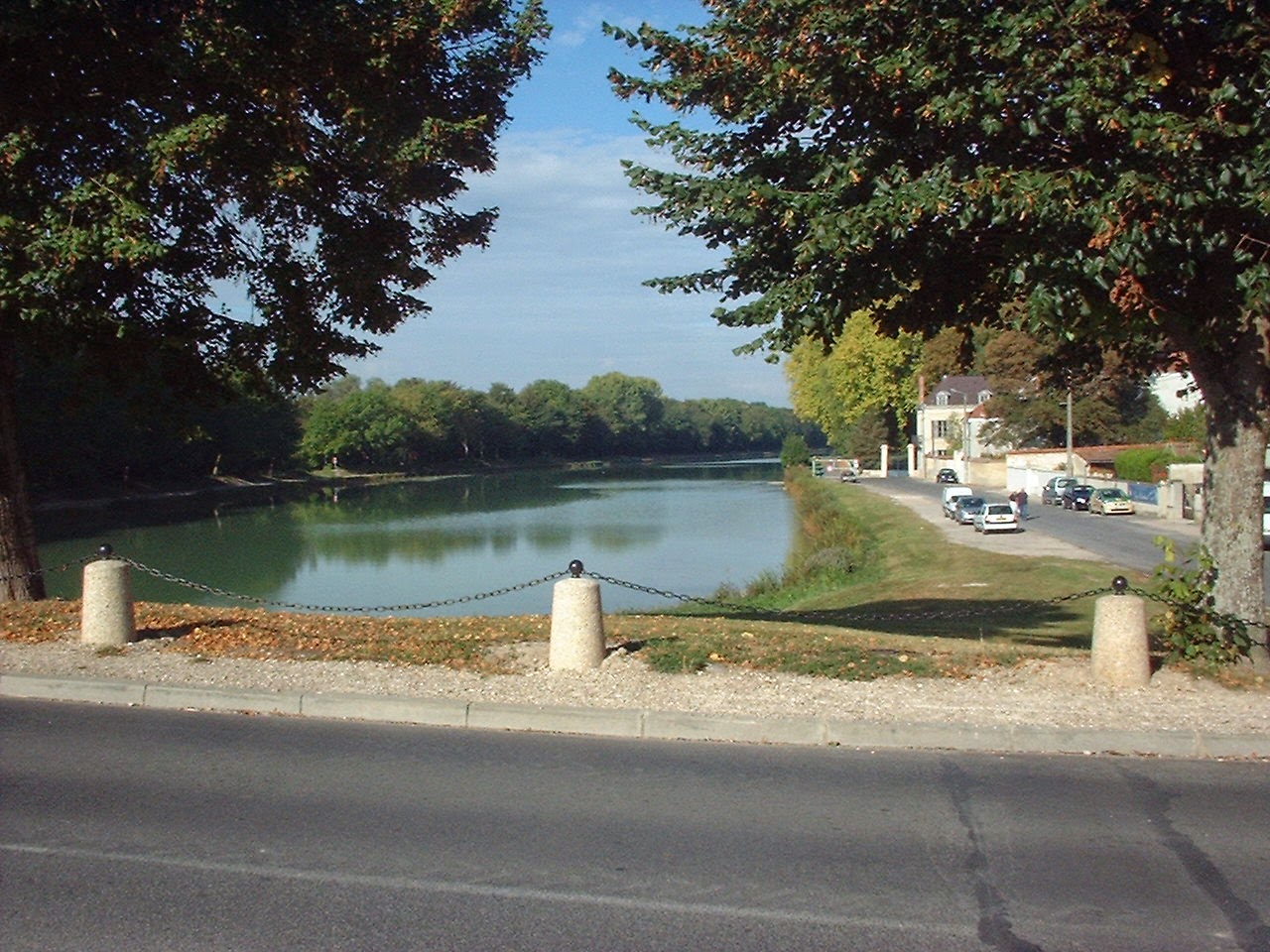 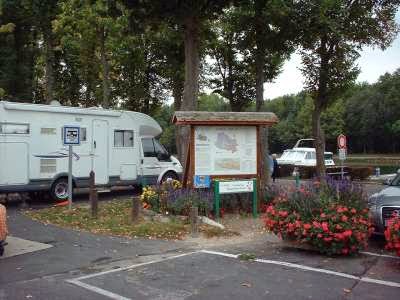 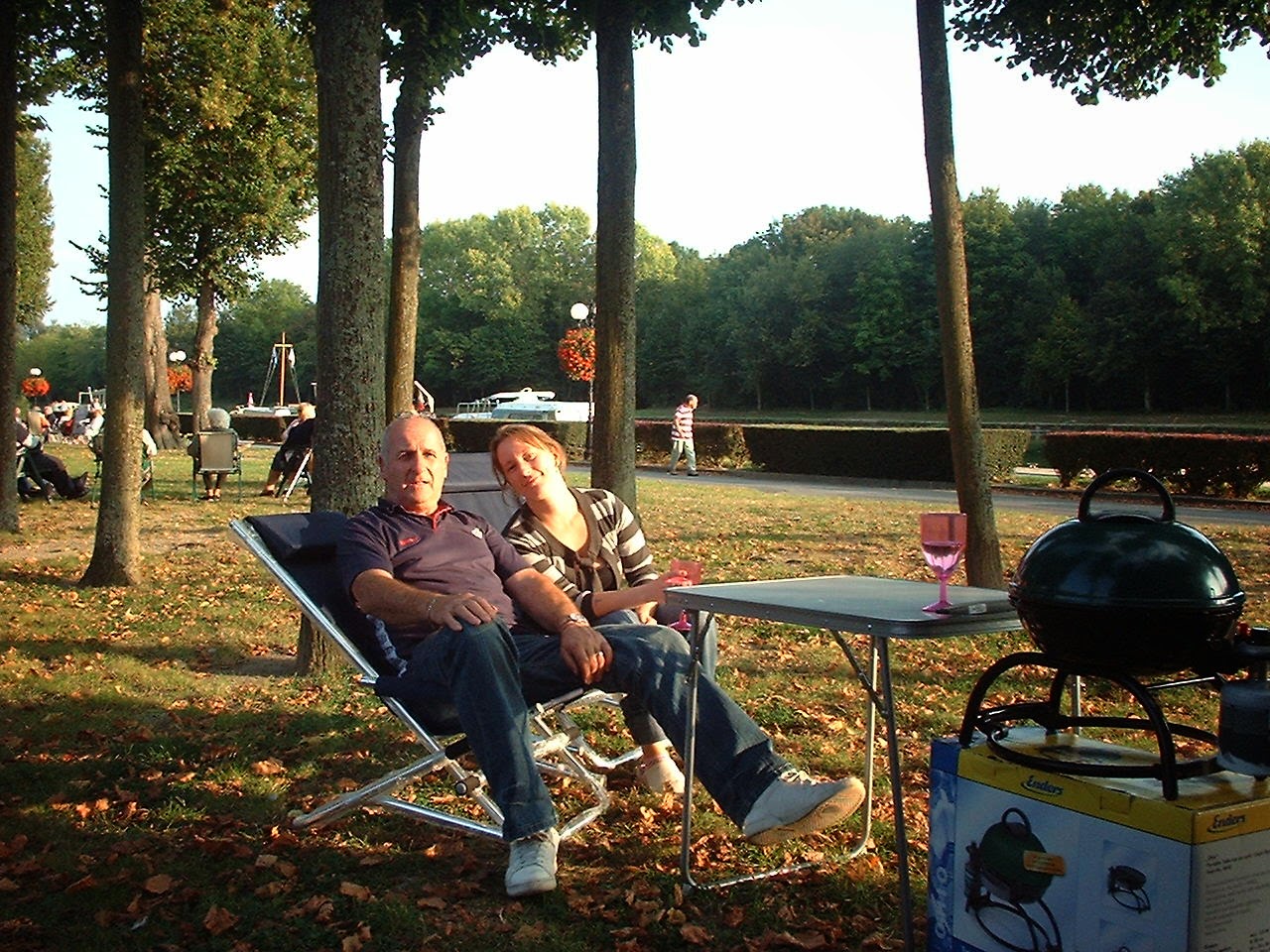 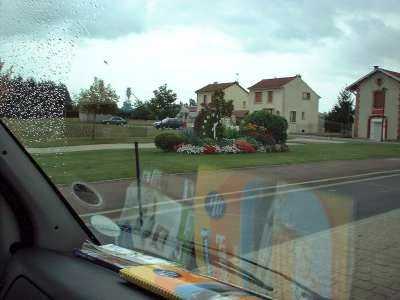 Bit of rain today but its still pleasant ,Chalons
was a pleasant surprise with all the flower arrangements in the roadside (you don't get much of that in Stockport). Decided not to stop at Chalons as its only a small village and looked for aires close by after a stop at the supermarket (also bought a 2 glass bottle of champers for £10).
First aire we tried at Nuisement took us to a field where the tractors were spud collecting and as we hadn't come to do a bit of casual labour we gave it a miss , The next one was St marie du lac and again we couldn't find the entrance and ended up on a housing estate,did find a barriered access to the lac so we gave up on that one also. Opted for another listed aire at Joineville so off we went arriving at 8pm to another nice aire on the canal with all services and free electric. 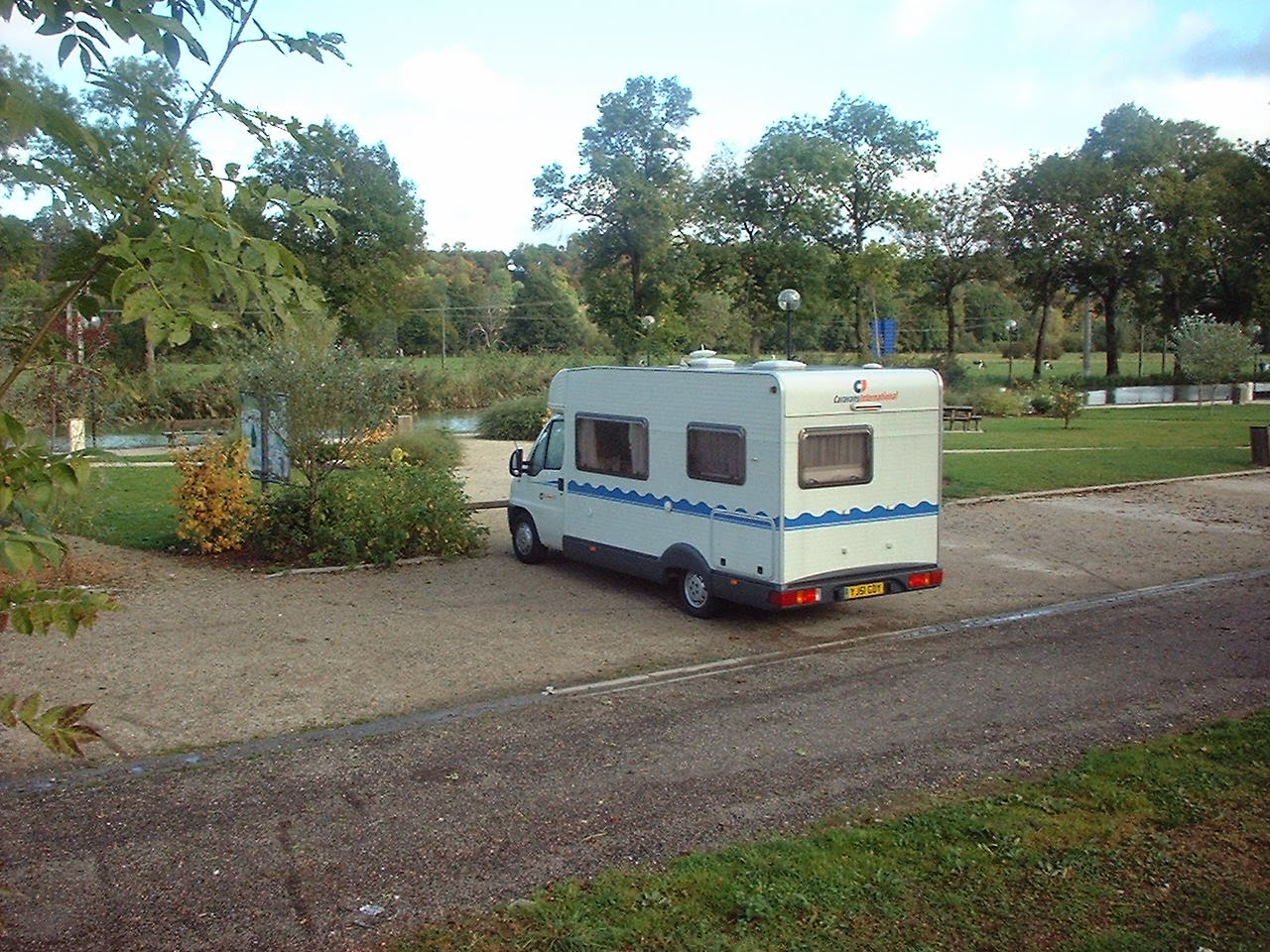 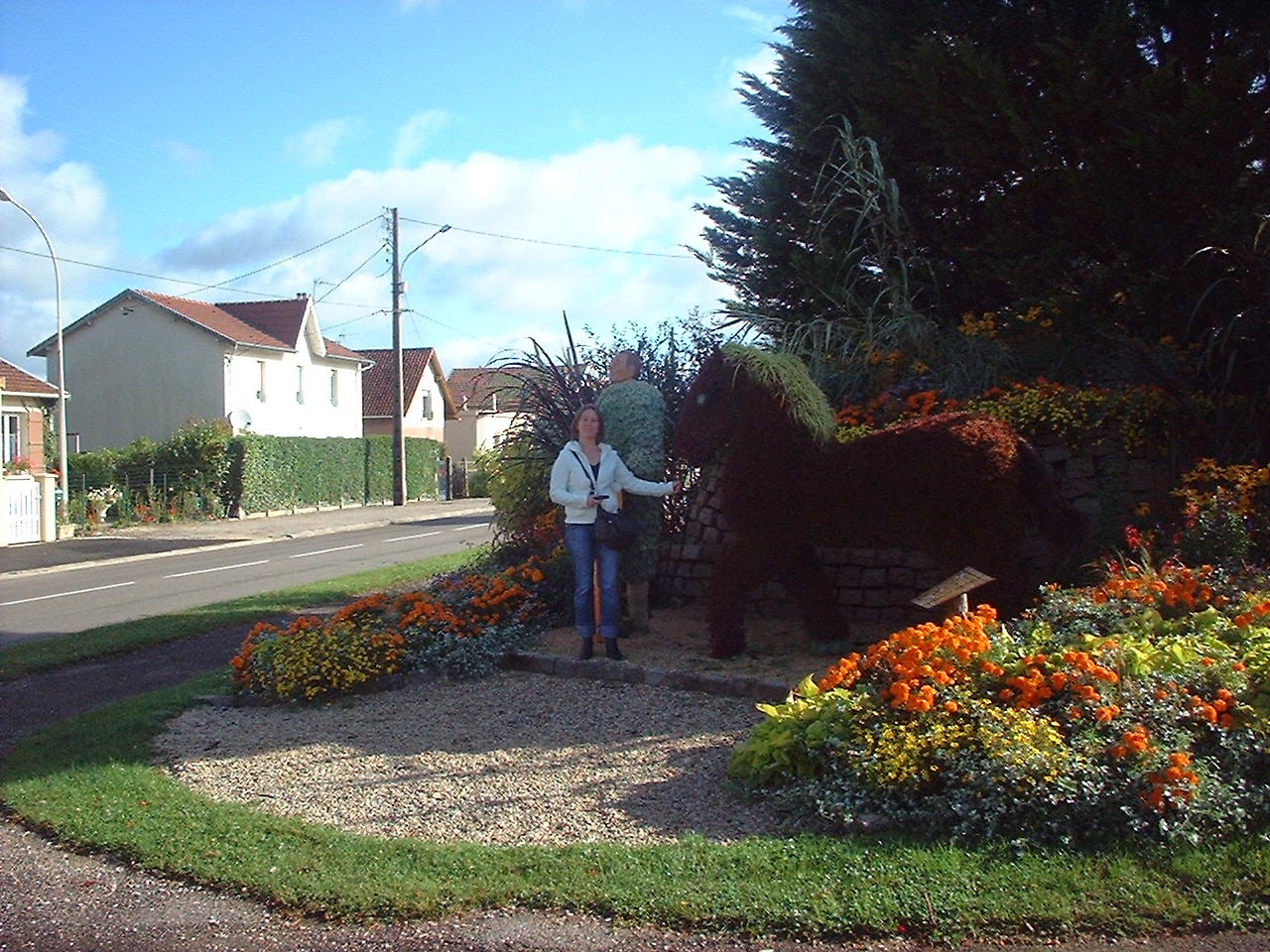 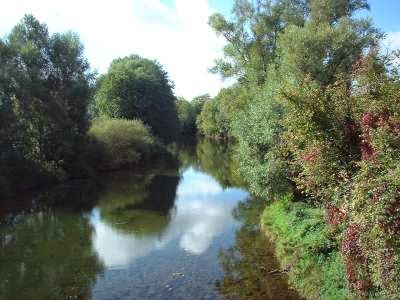 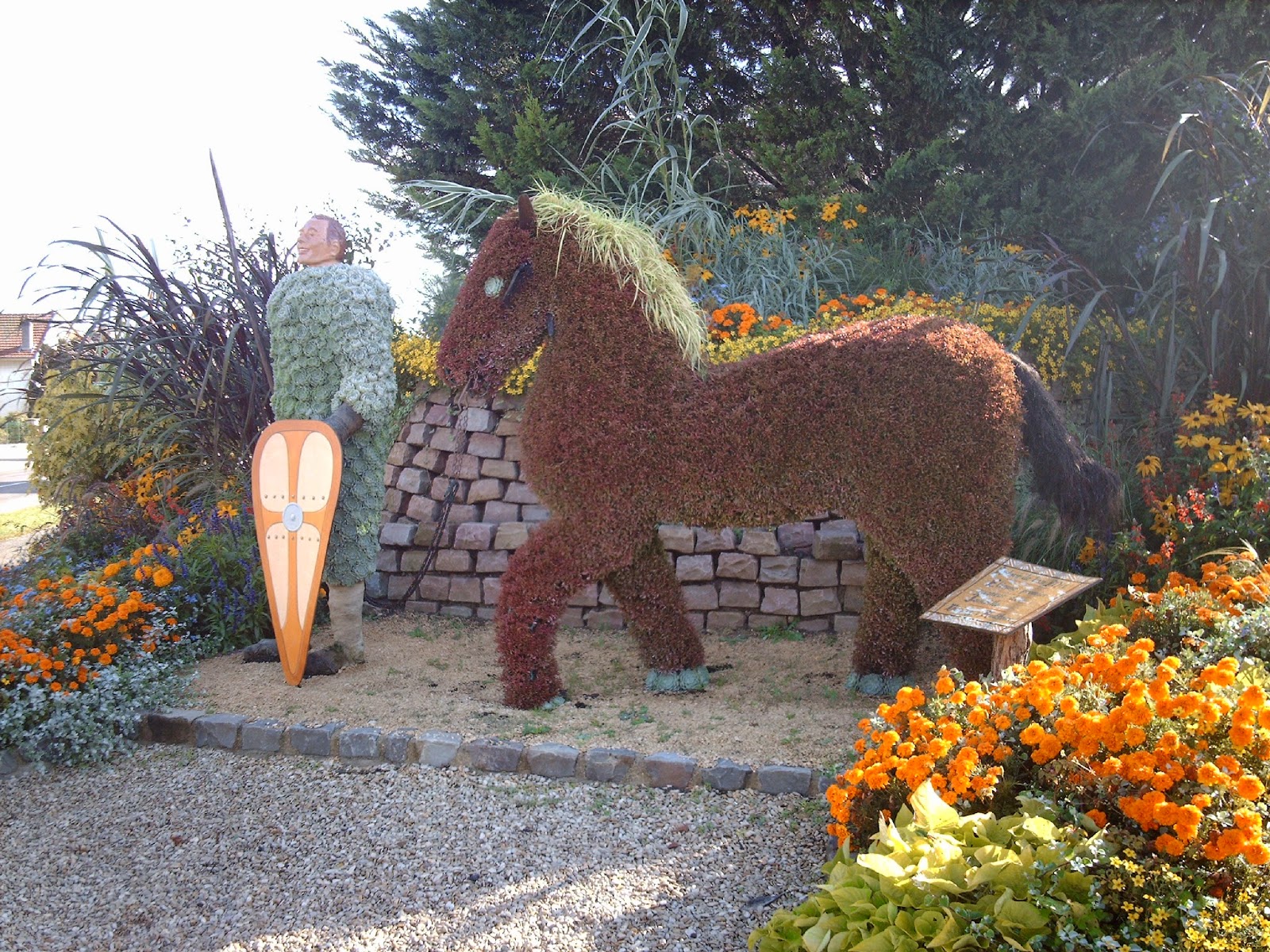 Joinville is a medium sized village so a bit to see ,the river Marne runs through as does the champagne and bourgogne canal ,there's a lidl just across the road and all the local shops in the town and some very narrow eerie streets in the centre. Decided to stay another night here as there's a quite few photo opportunities and with free electric a chance to top up batteries and its also a pleasant view on the canal with the odd barge passing. 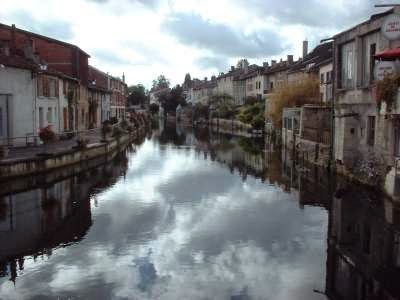 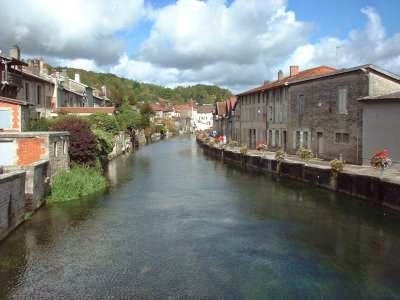 Left Joinville and today we are heading to Troyes to do a bit of designer shopping. Jane was not impressed and even though there were supposedly 50% off bargains in her words it was market shite. We even tried to get her a pair of Levi jeans but the prices were dearer than here in the uk.  We did find a shop/warehouse selling pottery and glassware and ended up buying some trendy plates and a vase that she was delighted with (so not a complete waste of a journey). From  here we travelled down to Geraudot to a nice aire over the road from the Lac du Orient with beautiful views and a camp-site next door. Looking at Google maps the area has changed a lot over the years and there is another bourne in the area on the other side of Lac but not to sure about the parking. The aire i stopped at is still on google maps even though i thought it had been closed. There is also a bourne at Piney but its a bit commercial and with the lac's in the ares theres no need to stop there .
Geraudot aire. 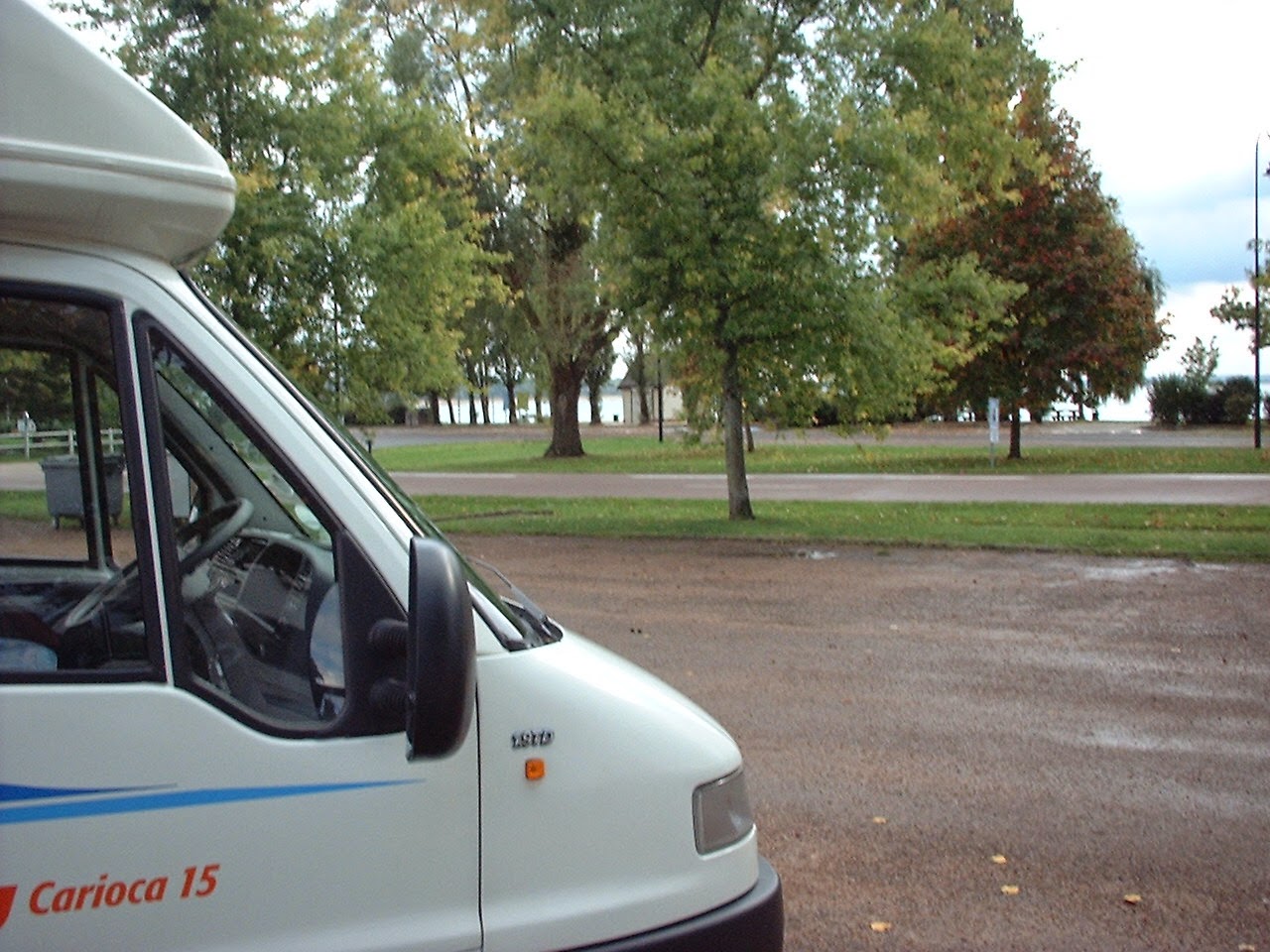 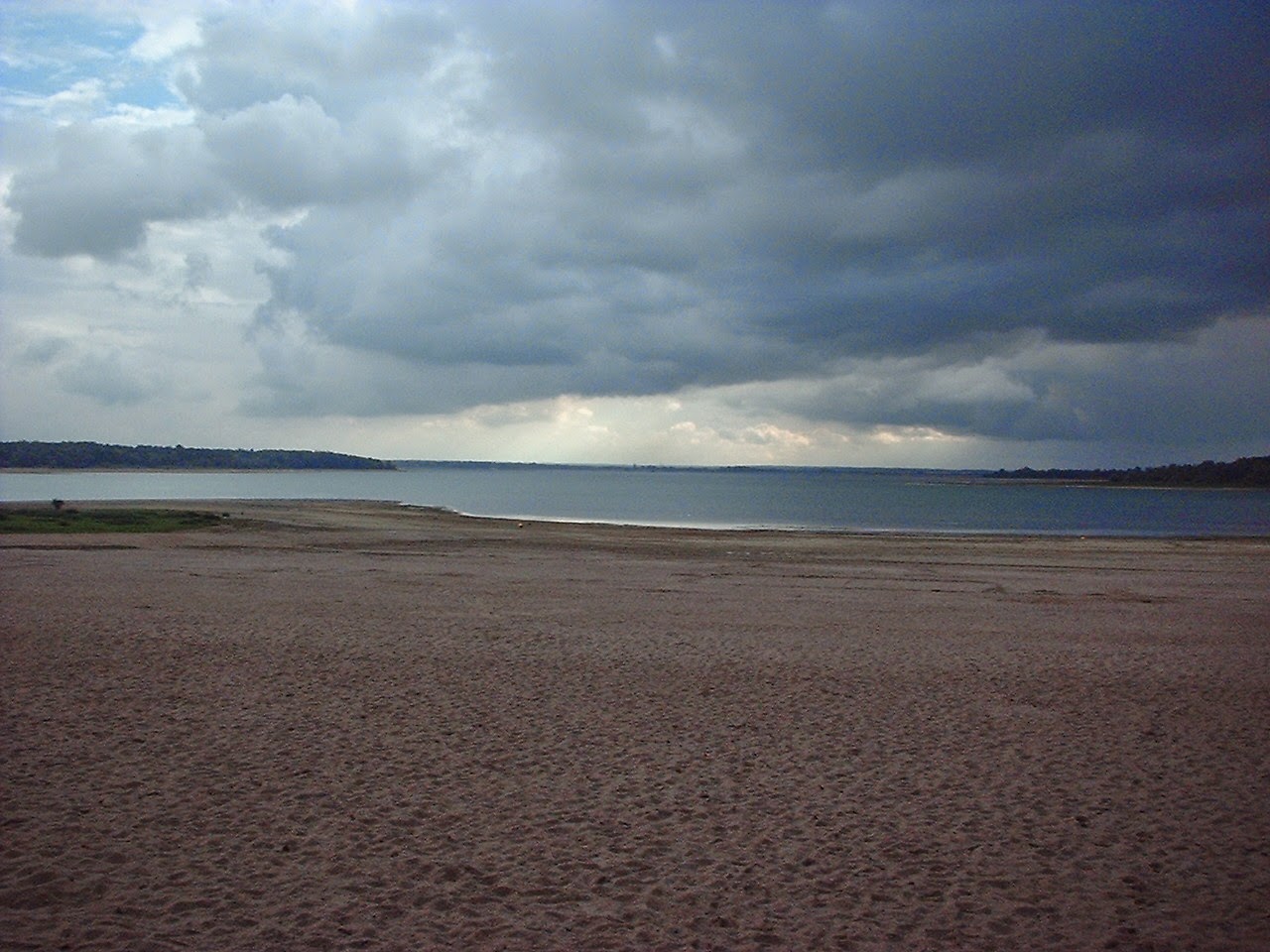 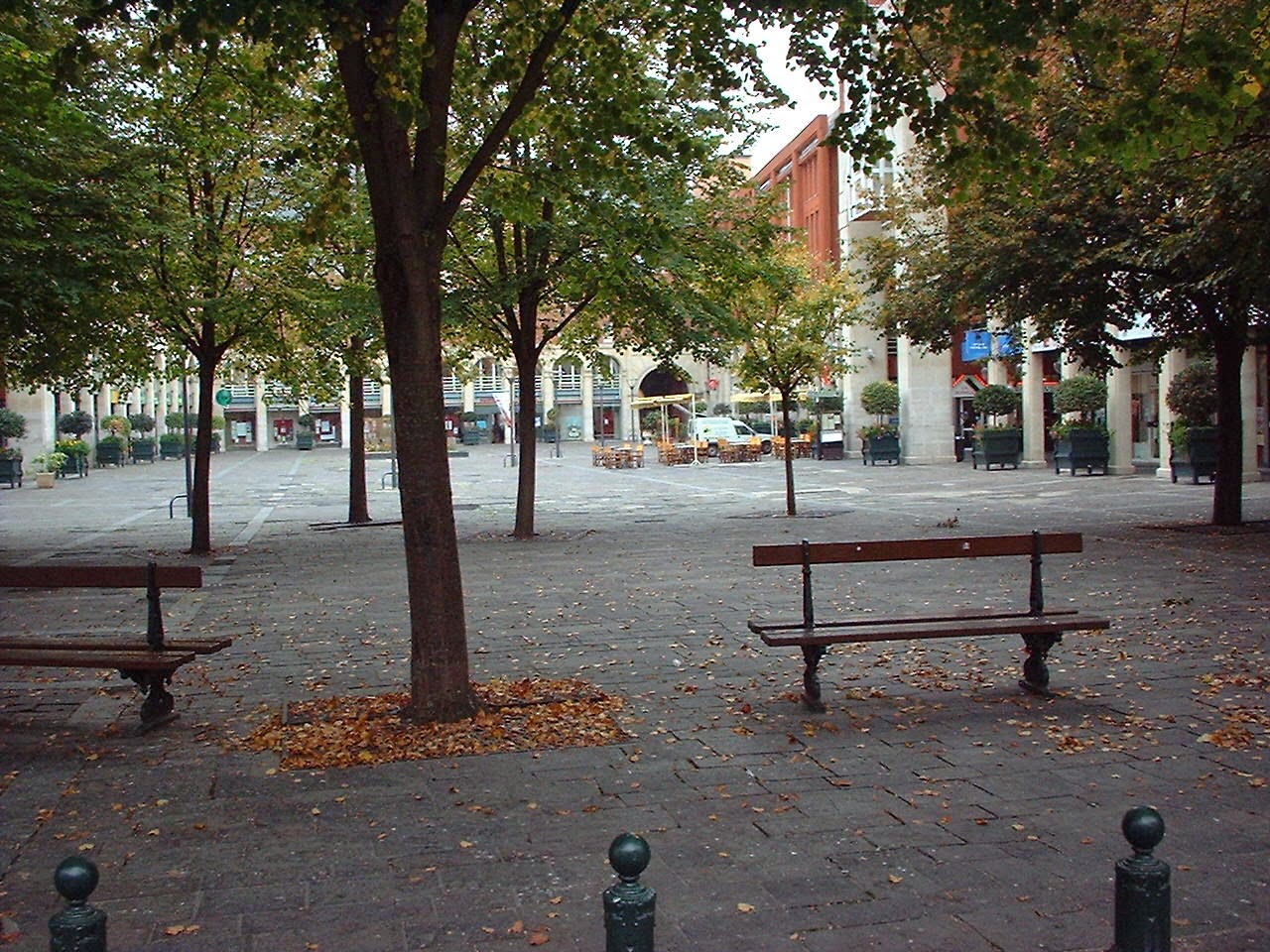 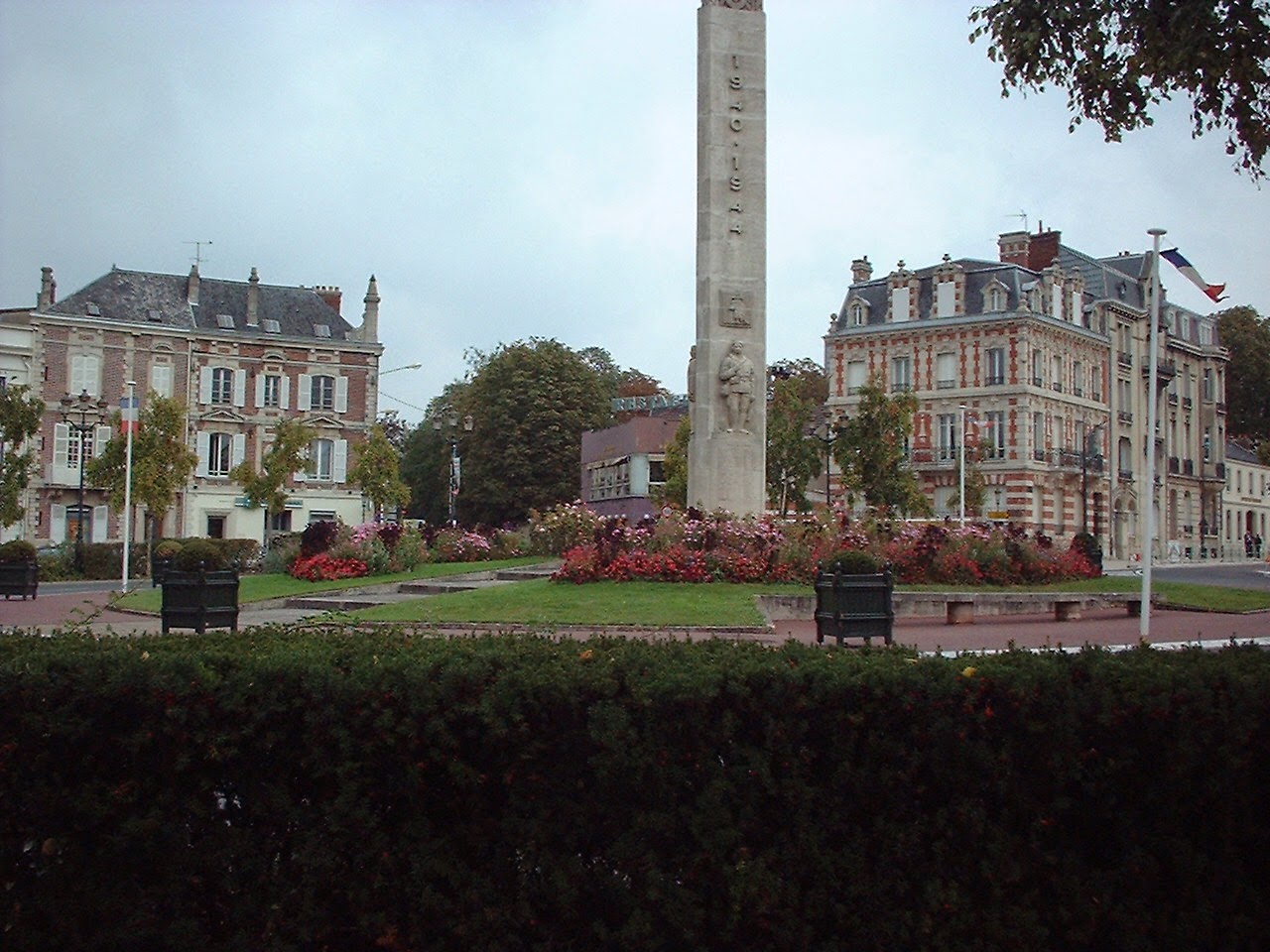 Up fairly early and the baker came round in his van so no need for bread shopping today. Todays
destination is Epernay and as its a large town another shopping trip.Plenty to do and see here and even though it rained quite a bit we had a good half day here but didn't do much in the way of shopping. 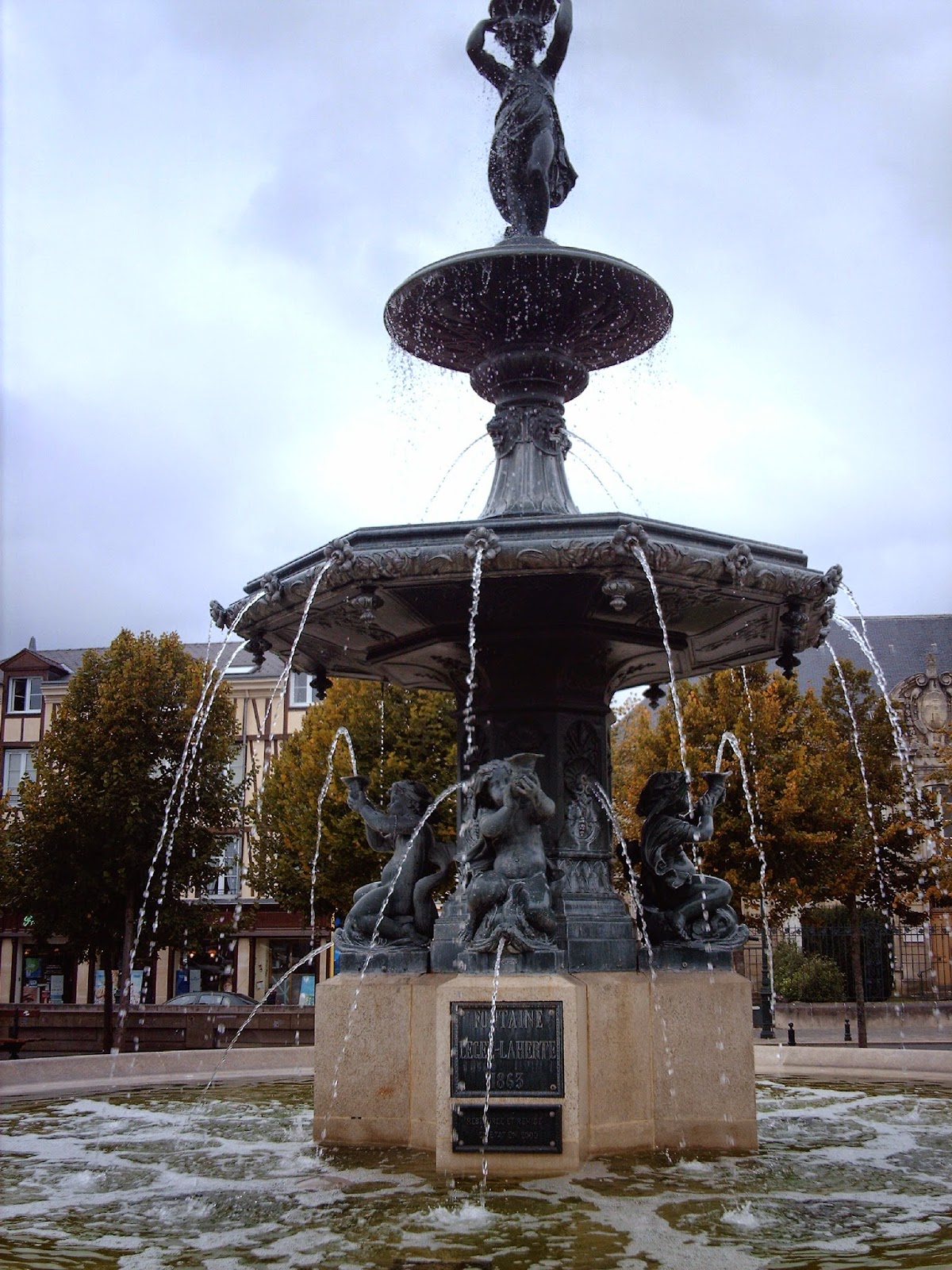 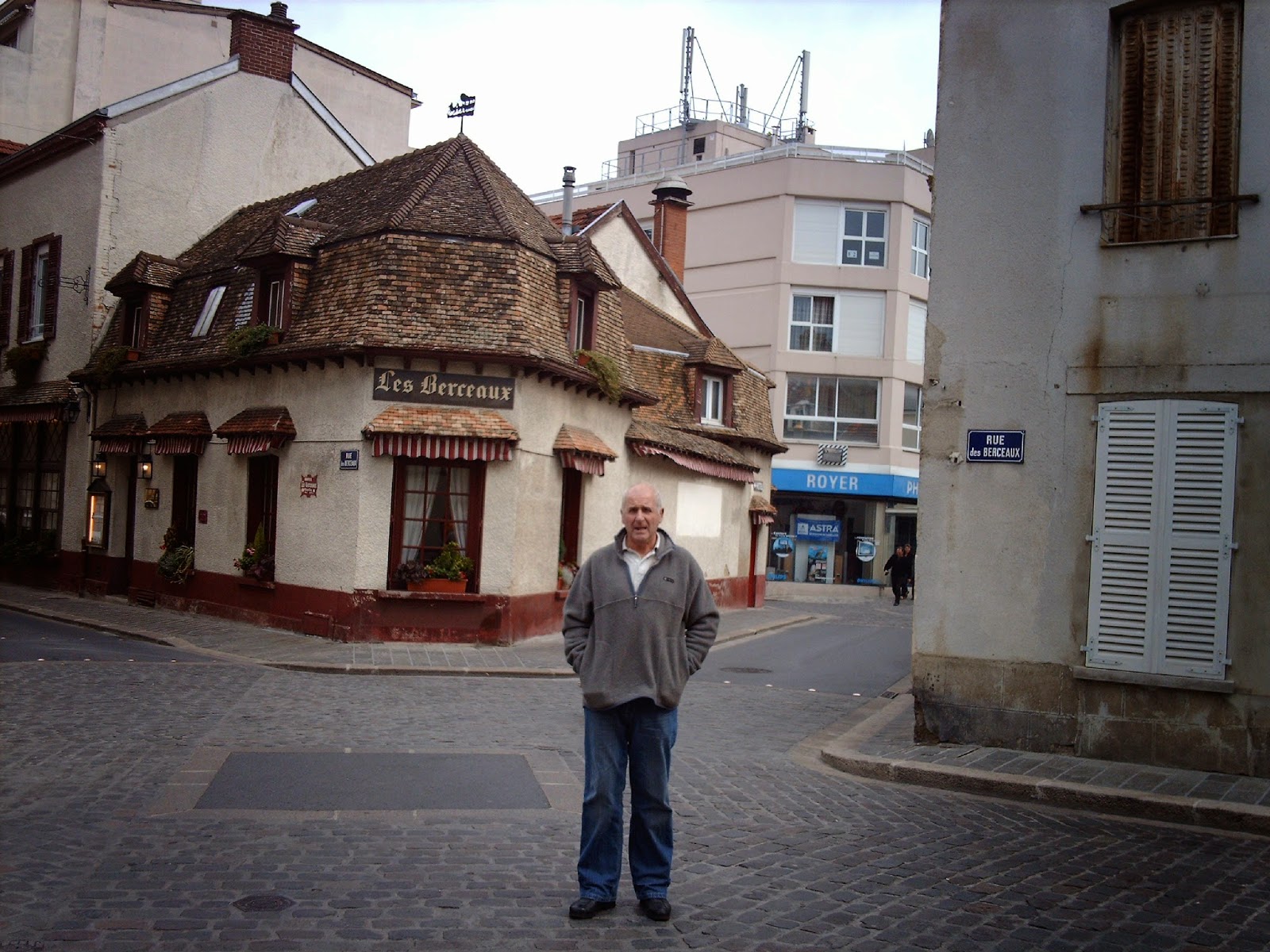 Was going to go back to Mareuil from here but as it was still raining decided to head straight up to Boulogne and then we would get the last day Friday shopping in Boulogne.So we took the A26 took straight up which took 3 hours and 23.80 euro in tolls. We are stopping at the aire at Le Portal for next couple of nights .This aire has changed since this trip and have stayed in last couple of years and its a barriered aire now.
Boulogne aire

Up early and its still raining so its off to Auchan for fuel and a bit of shopping where Jane found some jeans and a top so she's happy then after lunch went down into town and found somewhere to park so we could do a bit of sightseeing and more shopping (and some more jeans and tops ) but at least the rain has ceased. Wandered round til teatime then back up to Auchan so we can use the bourne and the electric 2euro for an hour so Jane can use her hair dryer after a shower, then its back to Le Portal for the last night as its a ferry back home tomorrow. 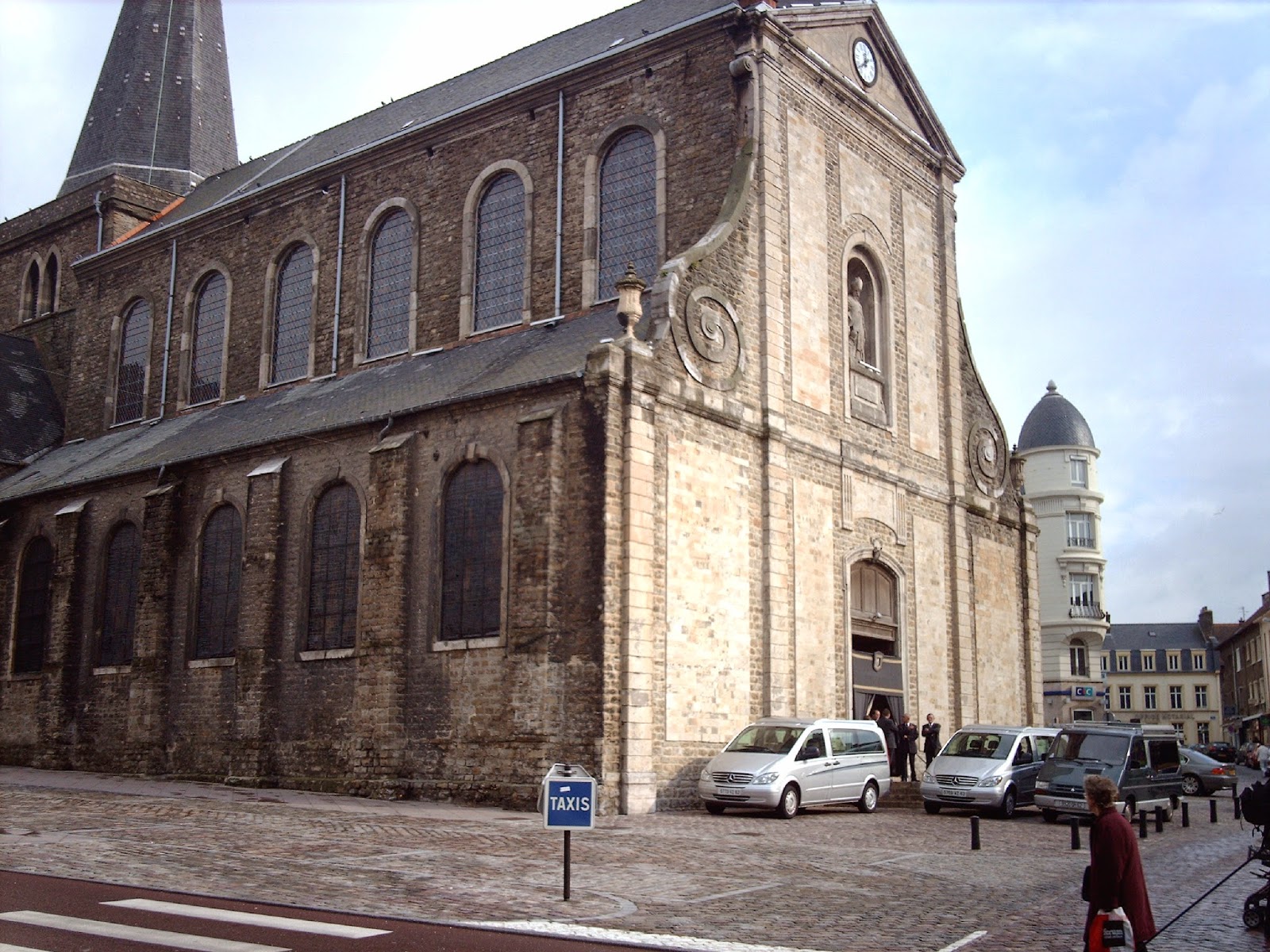 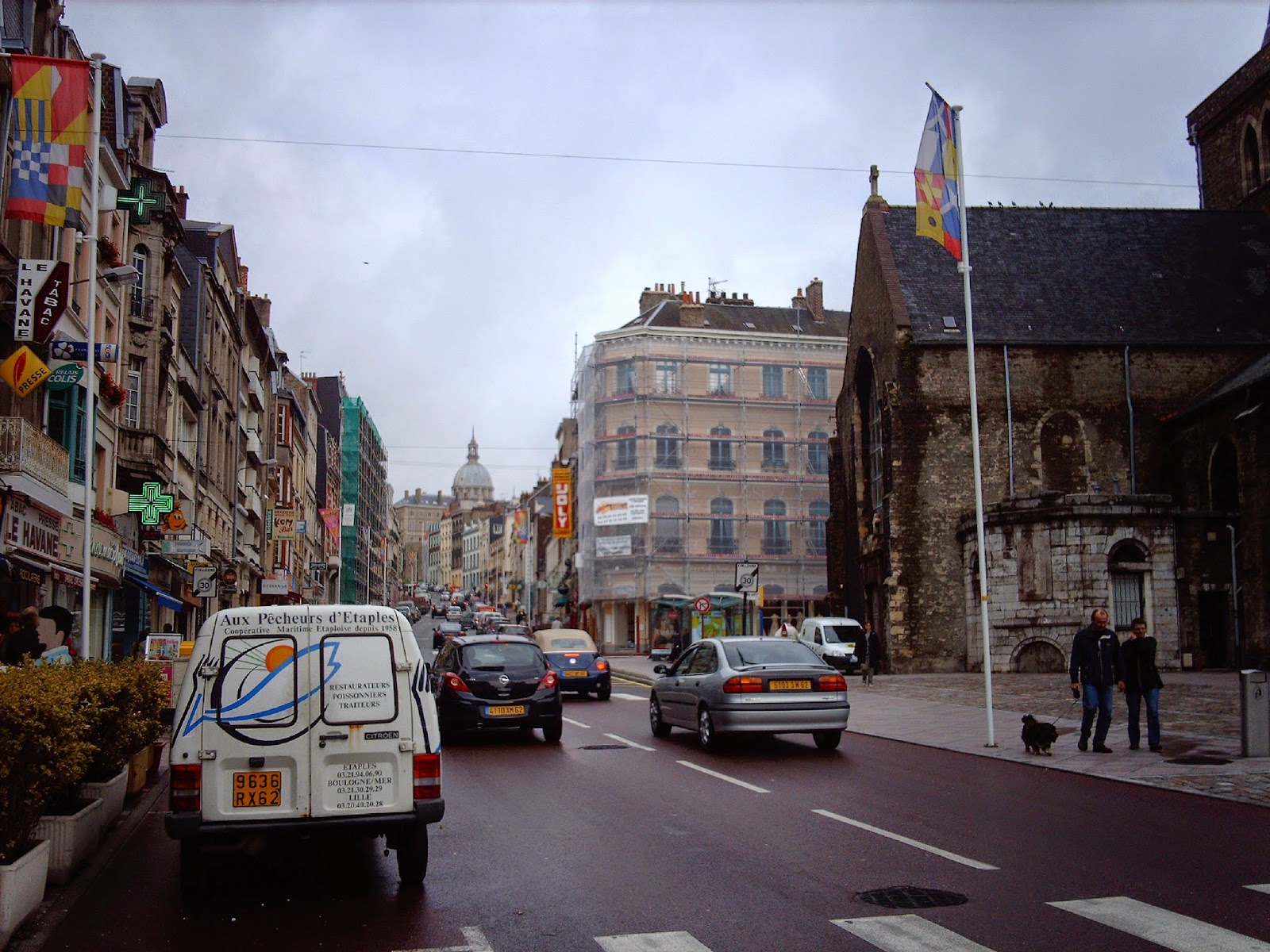 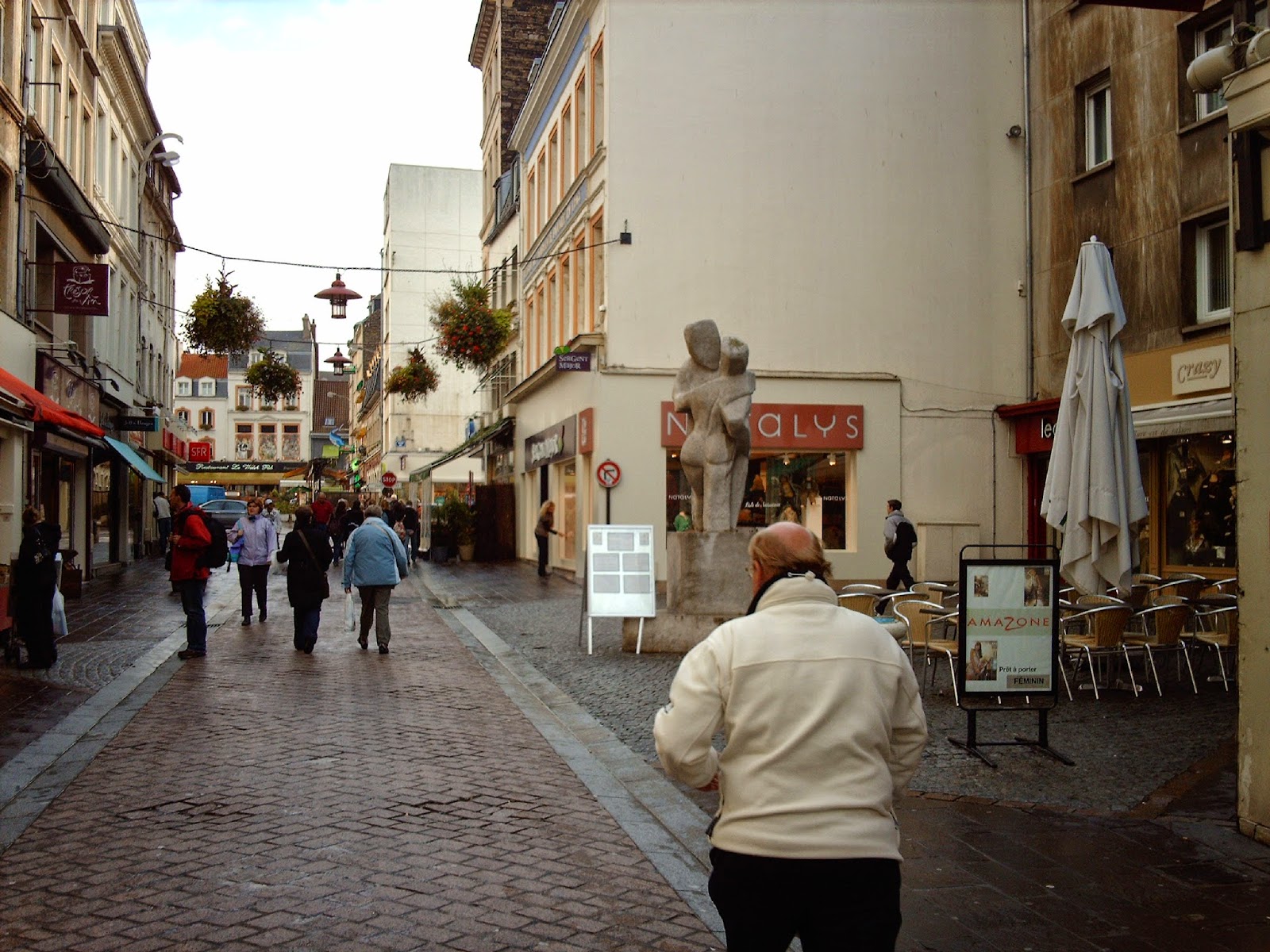