I booked a deal thro' the Caravan Club Dover -Dunkirk with Norfolkline for £33 return and i thought if i do not go for any reason i have not lost a lot of money. So with holidays left and a week’s break in between xmas i decided to spend xmas abroad. I sorted the Family and all who i buy cards and presents for on Sat the 20th Dec and prepared for the trip down to on the 21st.
I left Stockport with a quick call at Aldi to buy a 300w inverter (to add to my collection) at 10.30am on Sun 21st Dec .I arrived in Dover after a 45 min break at Northampton services at 5pm. Went to terminal to see if they would let me on earlier ferry as mine was a 2am crossing ,but was told i would have to pay if i wanted earlier than 12am, so i settled for that. I went back to town centre car park and had a stroll to local chippy and then chilled until it was time for ferry. On the crossing which was a good crossing and came out of the terminal 2.30ish i then headed to town centre as i had seen an aire near the beach the year before but after half an hour of looking i gave up and parked on coach park in centre.
Monday 22nd Dec 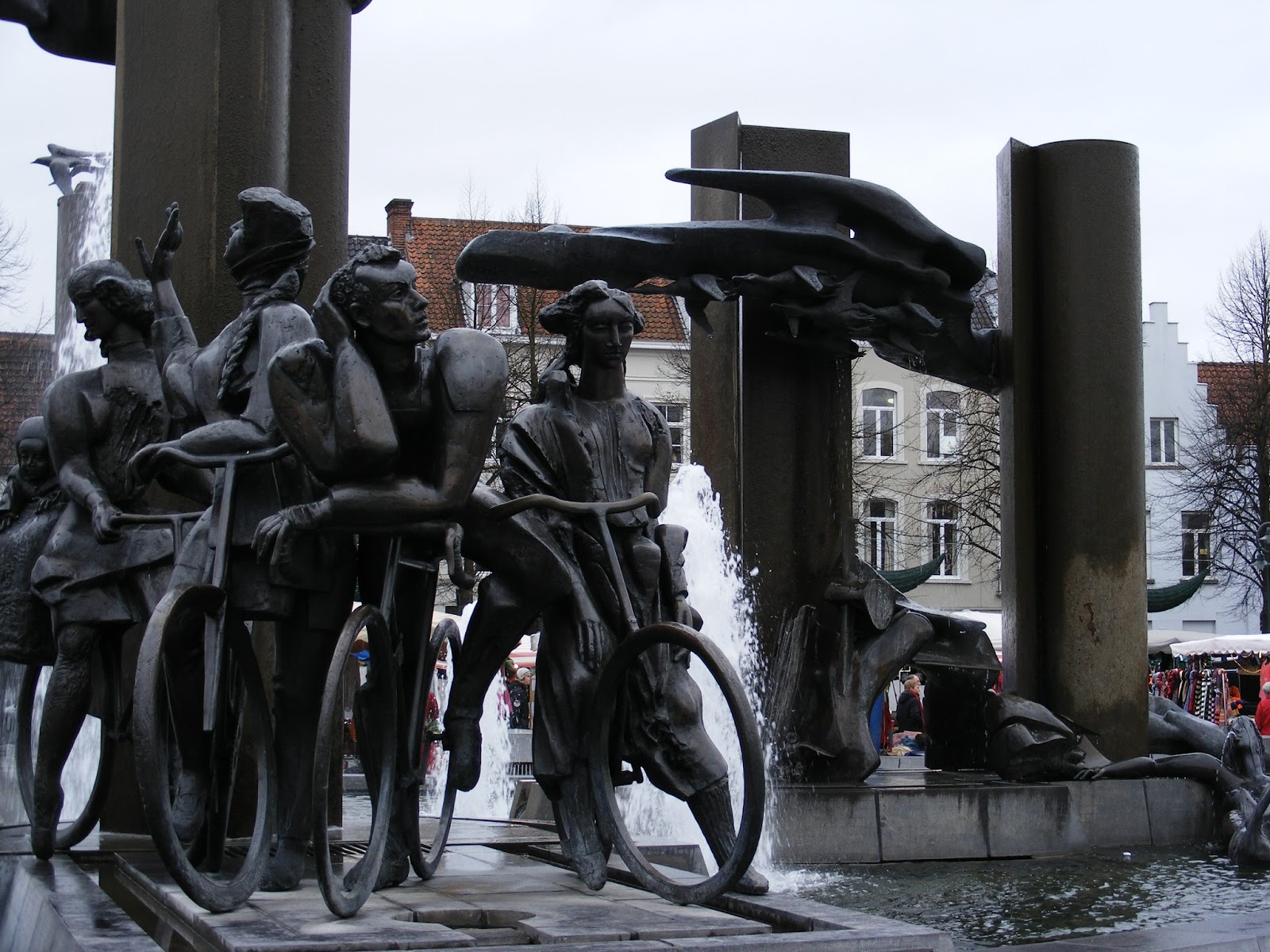 After breakfast i was away for 10.00 and heading into to to see the xmas markets i had heard so much about. I arrived at just before and headed for the aire next to the station. Surprisingly it was nearly empty when i pulled in and at 15 euros inc elect and water (from the car park attendants hut) i didn't think that was to bad. After a spot of lunch i had a stroll down through the park to the centre to take a few pics of the local architecture. Was amazed to see how many bikes were parked up at the station when i passed and loved the Christmassy feel to the place. Spend about 3 hours wandering round then return to the van for a bite to eat then at a return trip to see the Christmas lights etc.

Antwerp
I left Bruges on the 23rds Dec at about 11.0am and headed up to Antwerp arriving 1.30pm ,I parked on a road on the outskirts for some lunch and to check out the parking situation.. It was very busy traffic wise so just riding about looking for an aire was out of the question so i consulted laptop and motorhome list had a reference to a parking on the quay.(ref N 51.21325 E 4.39016) so i headed down there and found a spot right on the river and only a ten minute walk into the centre.


Amsterdam
Dec 24rd
On the road for 6.30 for the trip up to and arrived at Camping Zeeburg in . I was disappointed with the campsite, going off the previous years website xmas was off season but they had now jumped on the bandwagon and had now changed the holiday period to high season which amounted to 20 euro for 24th and then 24th up to new year went up to 26 euro. I booked for 2 days as site was only a short trip to centre. Note for next time double check directions as i spent 4 hours on bike trying to find centre and gave up first day and ended up getting the bus in at the night time. Xmas day i ventured out on bike again and this time took right route and ended up at main station in 15 mins so did get to spend a few hours in the city, with visit to Dam Sq and Rembrandt Sq and met a geordi who had been there for 7 years and now resorted to begging .Back to site for xmas lunch via the windmill brewery for a few pils. Asked site if they would do a deal if i wanted to stay another couple of days but was told no it was high season and they would be busy (THERE WERE 2 VANS ON SITE ME AND AN ITALIAN VAN.) So decided that even though i would have like to see more of i was not paying 26 euro and on top of that you had to pay for showers and water.

Left Amsterdam on 26th which was a Friday so headed off to Aalsmeer to have a look at the flower market as is the largest in and the place all flowers are exported from ,the plem I found when i arrived was that apart from being a holiday they were not open until Monday. The market itself is possible to overnight and is as big as an industrial estate. Set off back to via the scenic route so non motorway and calling at and and then on to for the night. One piece of advice for Ghent is check you have left enough room for the trams to pass you if you park roadside as i parked in a lay-by about a mile out of the centre and luckily as i was checking map out a tram came up the road and couldn't get past me, don’t know what would have happened if i had locked van and walked into centre.

27 th Dec
After a day of sightseeing in  and a stock-up of some Belgian chocolates decided to make my way back to with a day in Ostende as the temperature was dropping drastically and also having plems with water pump.Did call at Bruges on the way back but the aire was full so decided to give it a miss and carry on to Ostende. I found a dedicated aire just off the roundabout next to the marina (down the road from the main railway station) with access to a country park across the road which would have been a fantastic spot if the temperatures had been a little higher.Had a short sightseeing trip but its freezing so back to the van for some brandy and baileys 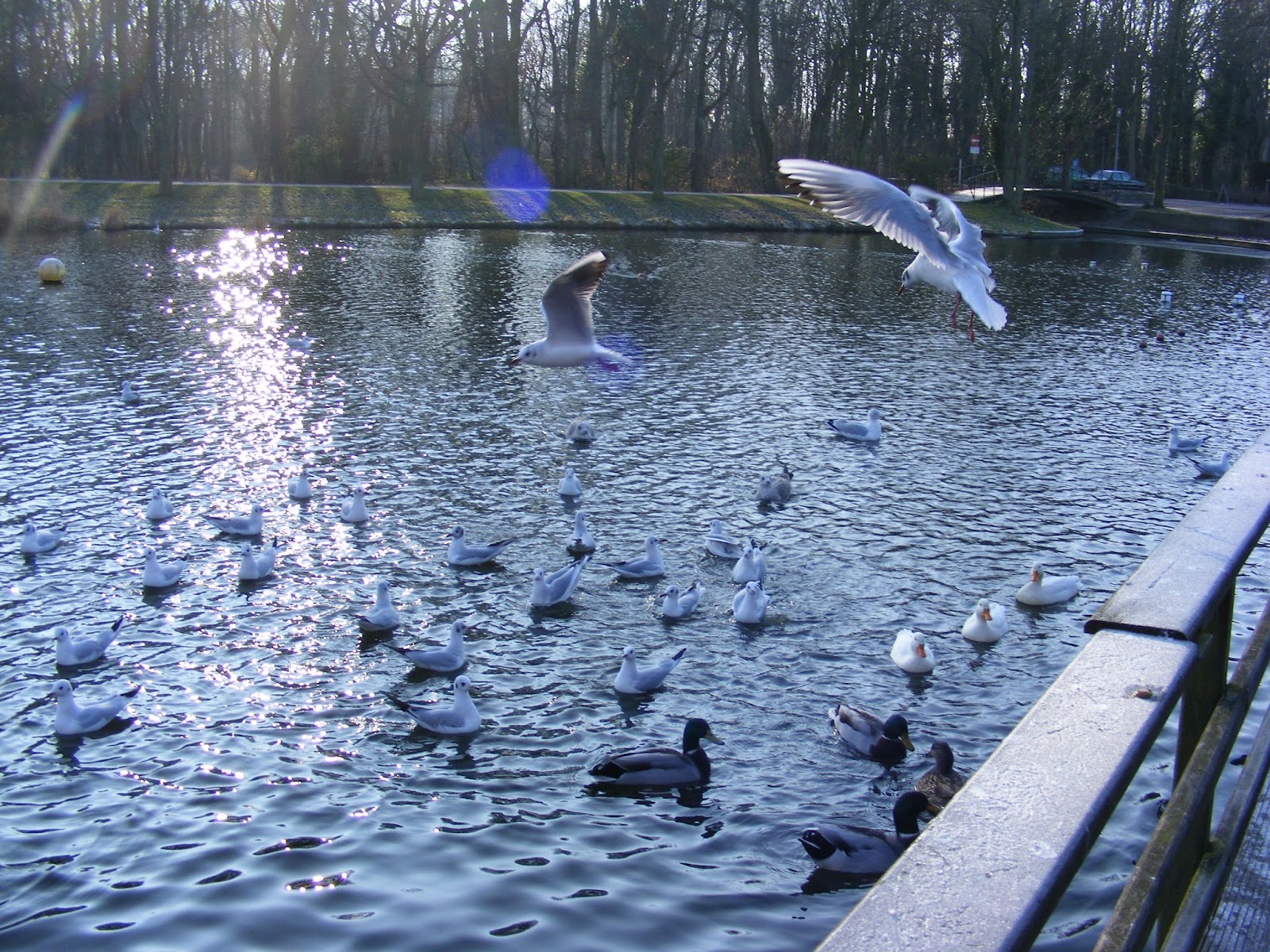 Dec 28th
Gas ran out at 3.30 and i had to get up to change it,it was 5 degrees  inside the van and -3 outside so had a job to get back to sleep til i had thawed out.Again had another trip into Ostend but it is to cold to sightsee or shop so i head back to the van ,this is when i encountered about 200 belgium pensioners on a mass walk into the country park ,(didn't know if it was a regular sunday stroll for them or a sponsored walk but had to admire them in this cold).
29th Dec


Ferry home with a stop at Brownhills Canterbury to sort out water pump, got no sense out of anybody here so phoned who told me to bring it in and they would sort it. As it was on my way home arrived at and the job was done and I was on my way in a couple of hours. (So much for Brownhills Newark bad service reports).  Brilliant service Very pleased.
Posted by rebbyvid at 04:26